Gianfranco Comis, also known by his pseudonyms Dj Power, Comis, Johnny Maker (born Catania, June 13 1987), is an Italian dj / producer / songwriter / singer / remixer / radio jockey / co-host (speaker).
Animated by an intense and genuine passion for music, at the age of 10 years began to compose and write his first songs, and at only 13 years old, started his work as a Disc Jockey in the most famous clubs of his city.

Characterized by its musical eclecticism, he devoted himself to the production of various genres of music preferring Dance, House, Pop, Electro, with different pseudonyms that characterize the project and style.
With the project “Dj Power” produces music Dance, Euro Dance, Italo Maranza, in a key that has been able to excite all audiences young people in Europe, offering itself as a different kind, innovative, from which it is impossible not to get involved, and with his project “Johnny Maker”, produces Electro House, with a style in line with the main trends of house music of the moment and at the same time original, energetic and melodic. With the track “Johnny Maker – Sunrise” he entered into the Top 100 Beatport chart, and has had great success in Russia!

Many of his productions are played on M2o, the Italian radio network with whom he collaborated for several years, and especially in many other international radio stations through its monthly program “Power Play”.

Among his most important collaborations, stands out the official remix “Adesso che ci siete voi” by Matteo Branciamore, signature tune of the highly successful fiction television “I Cesaroni”, broadcast on Canale 5 Mediaset; the arrangement of a famous song by Ace Of Base (one of the pop band that has marked the history of music during the years 90′) in the realization of the song “Ace Of Base feat. Johnny Maker – Lucky Love 2009″; and the realization of the single to Flat Eric (the famous yellow puppet character of the Levi’s Strauss commercials) arranging the song “I’m so excited (Johnny Maker Mix)”.

His most important productions are “Johnny Maker – Sunrise” included in many compilations, going beyond 40,000 downloads as ringtones for mobile phones in Russia; “Comis – My Sexy Tango” also present in many famous compilations as “Los Cuarenta Summer 2012”, “Club Pineta Summer 2012”, “European Radio Hit”, along with all the major international dance hits of the period; “Comis Feat. Dago H. – Chica Chula”, is inside 100% Los Cuarenta Summer 2014” and “Zumbolea Compilation 2014” compilation, it became one of the most famous catchphrase, danced during the summer, in a lot of dancing school and during zumba class as well.

His song “My Sexy Tango” has been danced in the 4th season of “Mira Quién Baila” and in the 8th season of “Nuestra Belleza Latina”, two famous Spanish-language reality show airing on Univision in the United States, the Tv channel with the largest audience of Spanish-language television viewers in the world.
His music goes around the world and is increasingly accepted with enthusiasm by an international audience. His imagination is unstoppable, and explodes during his performances in major clubs in Europe where he performed as a guest star “Millennium & CosmicClub (Spain)” and “Discotek In (Denmark)”.

In 2007 he founded the “Energy Music Studio”, an audio production studio that will arise as a result of the two independent digital record labels “Karika Records” and “Hitloop Records” that allow him to promote the other artists who work with him, creating a real friends’ community.

From 2012 till 2017 he worked as Radio Jockey and Co-Host (Speaker) in the most famous Sicilian broadcast “Allakatalla”, broadcasted on multiple radio and television stations, in collaboration with Giuseppe Castiglia (Sicilian comedian and radio speaker). 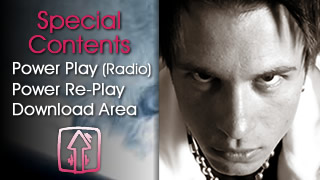